Ladies of Destiny (LoD) is an Alliance guild started on the World of Warcraft Scarlet Crusade Realm immediately after launch in February 2005. Throughout it's time, LoD amassed a large and varied number of accomplishments in PvP, raiding and later, achievements including a long list of server firsts.

While there were many unofficial meetups throughout it's history, LoD Guild Leader Matron organized two official "LoD Con" events in Nags Head, NC in September 2009 and September 2010 during the height of guild activity.

Official guild raiding ended in early 2012. The guild did not break up officially and still exists with players dropping in and out at various times. Many members have gone on to other games but everyone who was a member still feels like LoD is home.

The guild forums have been taken down but Tinwhisker currently maintains the LoD domain as a way to keep guild members in touch. If you are a former member or an old friend and have something to share, please do so through email or tumblr. 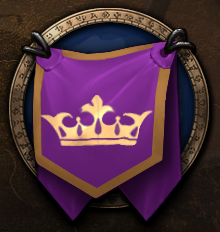